According to this report in The Times recently, Alisher Usmanov was allegedly given the Sutton Place estate in Surrey as part of a deal with fellow oligarch Boris Berezovsky. Mr Usmanov denies this. I get chased by debt collectors for not paying £70 membership for a gym I’d left, and oligarchs argue about who gave who which stately home and what percentage of giant industrial conglomerates they each own. These are the different financial worlds we live in. I think it was the great philosopher Dire Straits who spoke of ‘money for nothing’ and said ‘Let me tell you, them guys ain’t dumb.’ And yet compared to most of the world’s population, I am rich.

But enough of philosophy. This Times piece was clearly not written by a sports journalist (it was actually in the business section) as it starts off: “A Russian oligarch who tried to gain control of Arsenal . . .” – tried, past tense. I don’t think he’s quite given up yet, fellers. 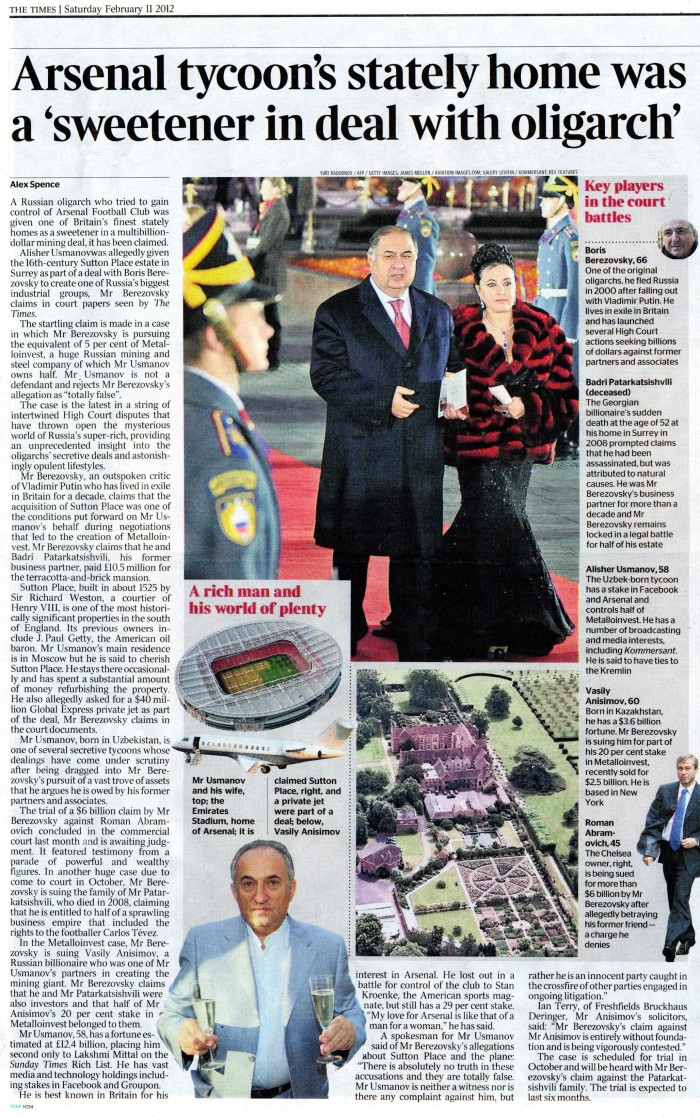 2 thoughts on “Usmanov given stately home”