Lee Dixon made his Arsenal debut 25 years ago today in a league fixture against Luton – a club who have since dropped right out of the Football League!

Here’s Lee on the front cover of the programme for his debut, and the welcome article inside.

George Graham’s page mentions Lee as a footnote, noting the competition for full-back places at the time.

As George alludes, Arsenal’s full-back positions were in transition that season. For the first 29 matches Michael Thomas started at right back, with Kenny Sansom on the left. It wasn’t until January 1st that Nigel Winterburn stepped in to deputise for Sansom, then took over from Thomas on the right for a few matches. Thanks to a Sansom injury, the Dixon/Winterburn partnership that was to endure for so many years made its first appearance on Lee’s debut for a 2-1 win in front of 22,615 fans. It was an impressive start for Lee, as he won the Man of the Match award for his debut, but was then ineligible for Arsenal’s next two matches in the FA Cup and League Cup.

It’s a sign of the times that although Arsenal were fifth in the League, having been top in October and November, the crowd was so small, whereas the following week for an FA Cup fifth round match against Man Utd it was 54,161. Okay, it was a glamour tie, but the FA Cup was the bigger draw than the league, with even a home third round tie against lower league Millwall attracting over 42,000.

A couple of weeks later the programme focussed on Lee again as he awaited another first team chance. 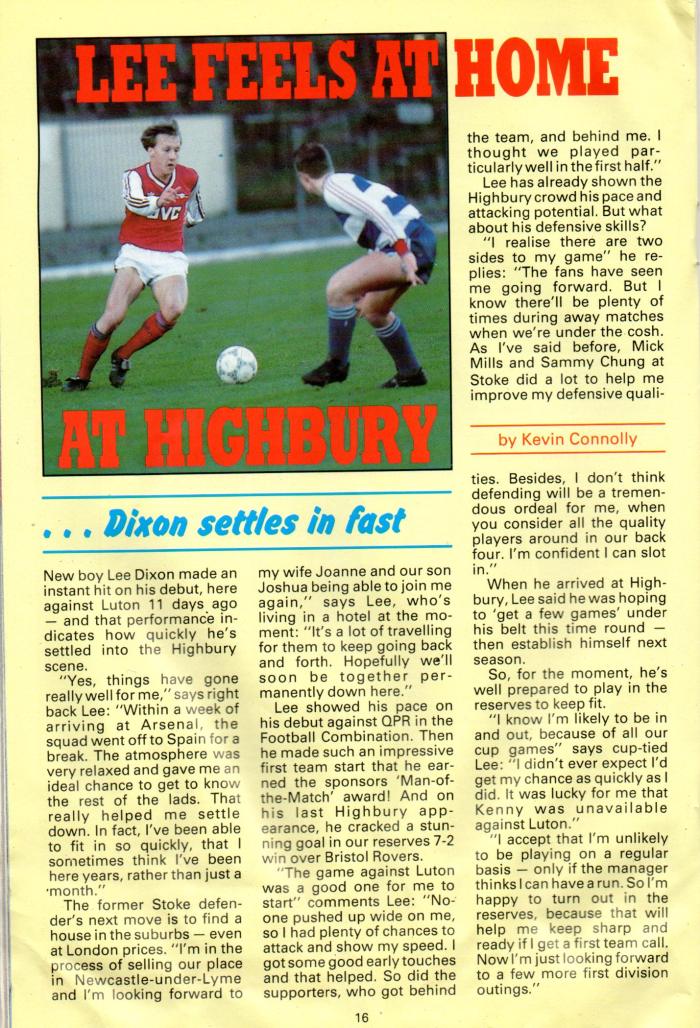