I guess the celebrations of #Wenger20 brought this to the front of my mind. Congratulations to Arsène for outlasting 144 other Premier League managers and 1,027 in total in English football since October 1996. The longevity is exceptional, though I believe opinions differ on whether it’s become exceptionally good or exceptionally bad in recent seasons. But is this Arsenal’s best era? Many would say so. They cite the constant top 4 finishes and then they present bar charts and graphics showing that this level of consistency has never been achieved or even approached by Arsenal before. But – and this may come as a shock to some – there’s no trophy for fourth, or even third or second, and a loser’s medal is for losers.

The only true measure of success in sport is trophies. It’s fantastic to play beautifully, be thrilling and entertaining and to be remembered for it, but at the end of the season you were either the best or you were not the best. If you were the best you got the trophy. You’re in a group of one, or you’re in the group with all the other losers. You might be a better loser than most, you might finish above Spurs every year, and that’s all well and good for amusement but that’s about as far as it goes. I’m not saying football can’t be fun if you’re not winning, I’m just saying winning is ultimately the point of it and the objective measure. 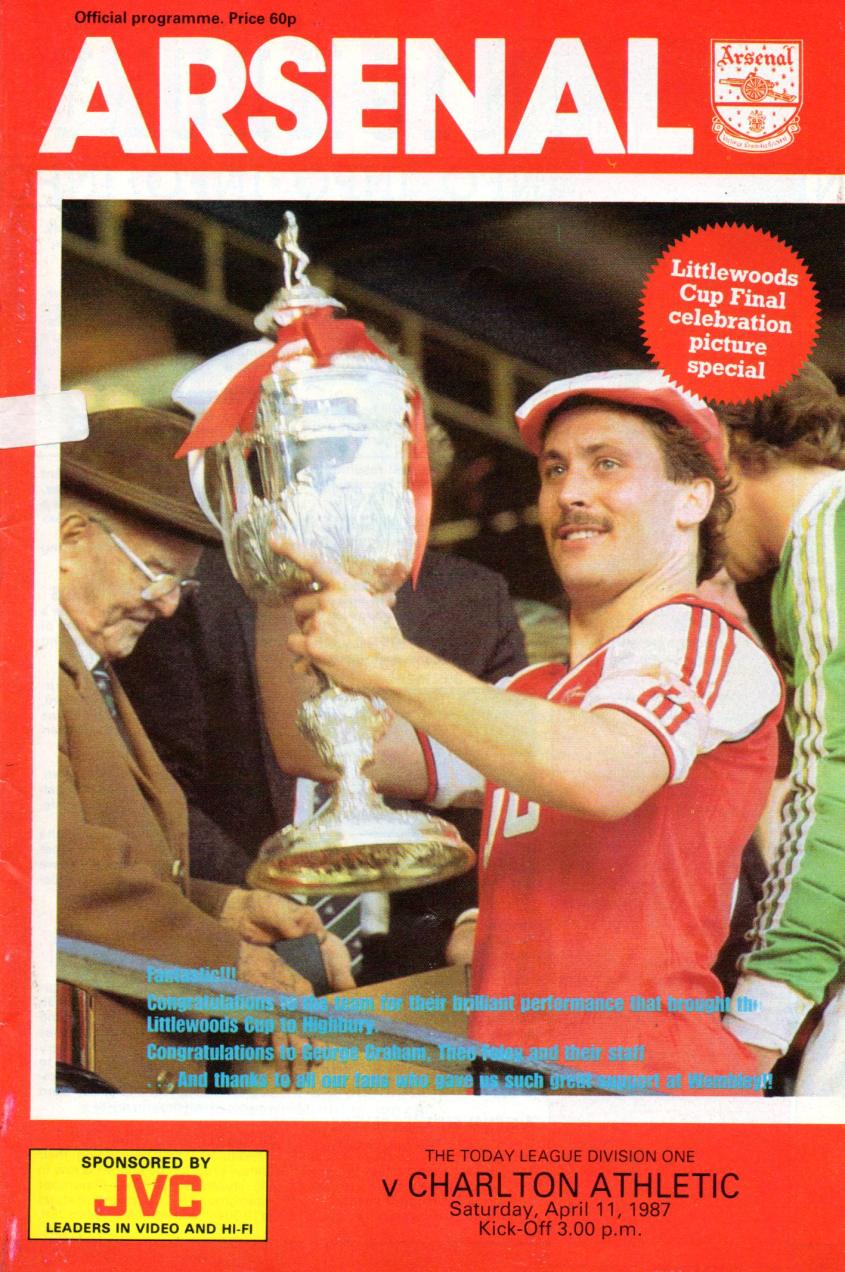 Herbert Chapman never won this. Then again, nor has Arsène

Arsenal’s first great era began in the 1930s, and was kicked off by the incomparable Herbert Chapman, who in a few short years turned Arsenal from a team that had never won a major trophy to literally the biggest and most famous club in the world. Chapman’s death in 1934 barely knocked Arsenal out of their stride, so solid were the foundations he’d built, and by 1953 Arsenal had gone from zero League titles to 7 – a record at the time – plus 3 FA Cups. So 10 trophies to Arsène’s 9, but on the trophy points system a solid win of 44 to 33. And due to the war that was in only 17 League seasons, though 18 FA Cups were available as that competition restarted a year earlier than the League when peace returned.

Not only that, but there were only two trophies to win in those days, with no League Cup or European football. And although cups are much more of a lottery than the League, no one will ever convince me that Chapman’s Arsenal wouldn’t have added several more trophies if there had been 4 competitions to enter. The 1930-53 Arsenal won 10 of a possible 35 trophies (28.6%); from 1997-2015 it was 9 of a possible 72 (12.5%).

But, say Arsène’s most ardent supporters, what about the new stadium hampering Arsène? Well firstly as I’ve explained in detail before, there was very little hampering from the stadium. Most of the hampering came from the newly mega-rich Chelsea and Man City. And that’s just life: some people have more money than you. In any case Arsène has had the advantage of always being in a small group of clubs who dominate financially, while earlier eras were much more equal and it was harder to rise out of the pack.

Quit Highbury? Say it ain’t so!

Also it often seems to be overlooked that Chapman built a new stadium too, he just did it on the site of the old one. All four sides of the ground were completely redeveloped in the 1930s so that Highbury became the best stadium in the country – in fact so good that 70 years later the club weren’t allowed to knock it down. I’m not sure the architectural merits of the current place will be viewed the same way.

So on both numbers of trophies and my carefully calibrated points system, the era kicked off by Chapman trumps the Wenger years for success. But there’s another contender: the period starting with Arsenal’s first League Cup win in 1987. In the 19 seasons from 1987-88 to 2004-05, Arsenal won 5 League titles, 5 FA Cups, 2 League Cups and 1 Cup Winners’ Cup, a total of 13 trophies. If we score the League Cup as 2 trophy points and the CWC as 3, then that’s a total of 47, narrowly edging out 1930-53 – though there is an extra season in 1987-2005, plus a total of 72 trophies to be won (would be 76, but four potential years of European competition were missed due to the post-Heysel ban).

So you could argue it’s very close between 1930-53 and 1987-2005, though only 18.3% of available trophies were won in the later period. The earlier period has Arsenal as the world’s greatest club, enjoying domination never before seen in English football, while the later one has more trophies in total, a couple of Doubles and an Invincibles season. It’s close between them, but either way both are better than 1997-2015. And of course credit to both the managers who won trophies between 1987 and 2005.

By far the greatest team Arsenal fans have ever seen

The characteristic of the whole Wenger era is a consistency we’ve never had before. I admire the consistency enormously, but I don’t really celebrate it. Earlier Arsenal eras, and other clubs in the Wenger era, had their ups and downs. When you’re down you change things and if you have a solid base maybe you’re on the up again pretty soon. Thanks to Chapman, every Arsenal manager since has had a solid base to build on. The Wenger era has not seen standards fall so far that the Board want to make a change, so we’ve carried on with Arsène, through good times and lean times, in trophy terms. Whether you see this as good or bad is a personal preference.

What I don’t buy is the view that the second decade of Arsène is his greatest achievement. It’s remarkable that Arsenal never slipped out of the top 4, and statistically remarkable to finish third or fourth for 11 years in a row while competitiors finished anywhere from first to seventh, but it’s not his greatest achievement. No, the Invincibles is by far the greater achievement, a once in 120 years occurrence – but Wenger is still only the second best manager Arsenal have had.

11 thoughts on “Arsenal’s Best Era: Not The Wenger Years”