Who are the true Arsenal legends? Words like ‘legend’ and ‘hero’ are bandied around too easily these days, along with ‘World Class’ and ‘Let’s watch X-Factor’. But some do achieve true legend status in the history of the world’s greatest football club, so here’s my definitive list.

My criteria for legend are either a huge contribution over an extended period and/or being responsible for at least one defining moment in Arsenal history. Thus not all the Invincibles get in, nor all members of Double teams. Also I’m only including those who’ve played, though some qualify for the list because they’ve contributed in other ways too.

Some legends are bigger than others so there are three Legend status levels to differentiate. So in roughly chronological order: 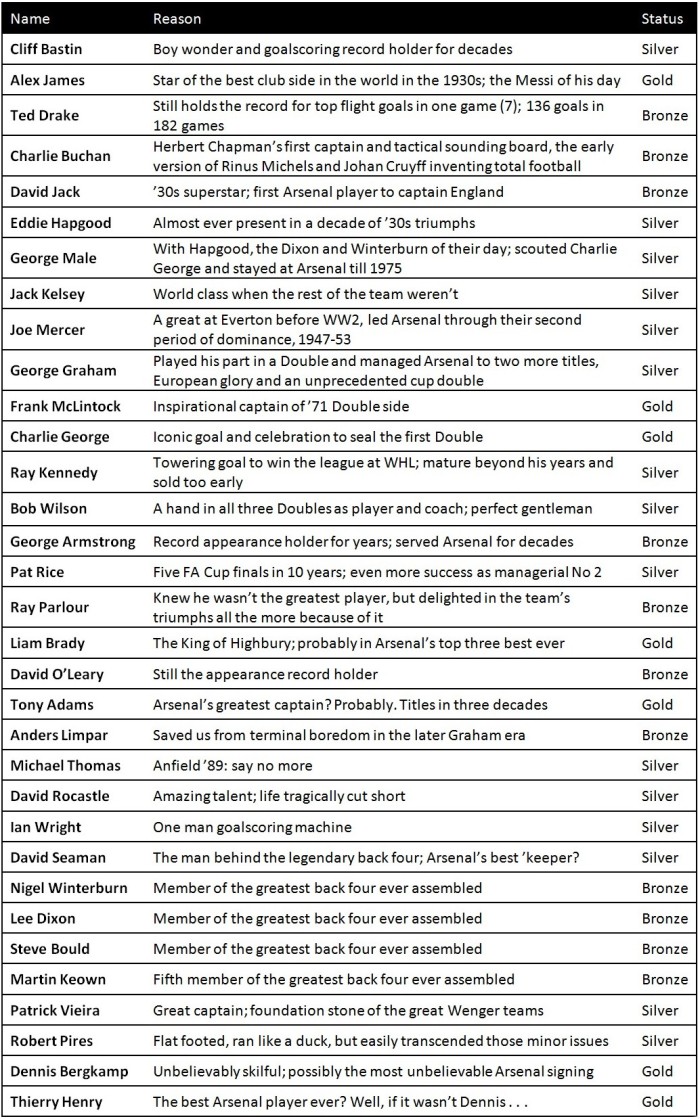