Last week The Times celebrated the return of one of the few English footballers under 50 who have a chance of being described as World Class with any degree of honesty. As usual with these features, there is little that’s different to every other feature on a player: he loves playing, he missed it, his family got him through, it was tough watching all the others go off without him, yada yada yada. Click to enlarge and read it yerself if you’re so inclined.

I will just point out a couple of things. Jack describes his injuries in some detail, and there is no suggestion of any wrong diagnosis or other issues with the medical team. However, I’d really love to see a week by week diary of what they discovered and what they were doing about it. He had more setbacks than Sisyphus. There is a lot of art – guesswork if you like – in medicine as well as the science, but were lessons learned? Talking of which, where are Diaby and Rosicky?

And finally, one comment that should give all Arsenal fans some hope for the future: “Home for me is Arsenal”. We can only hope that stays true as long as it did for Tony Adams. 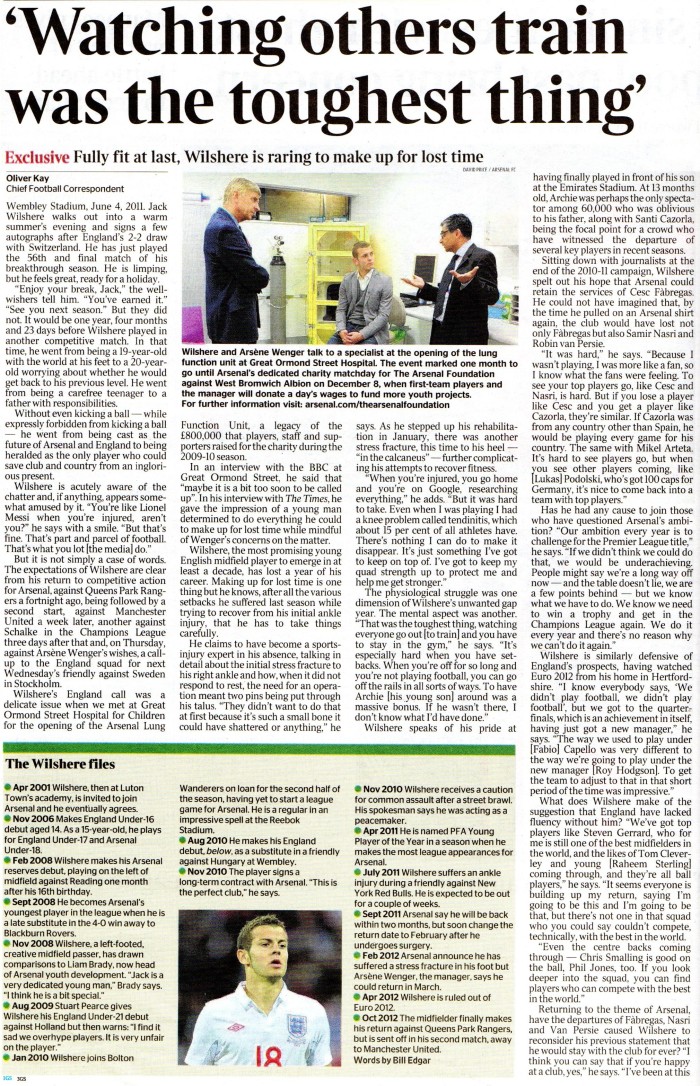 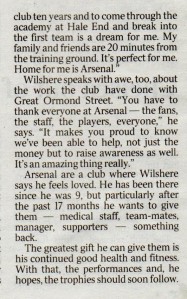