I found this article from the Evening Standard in 1998, as Arsenal were about to win their second Double, and first under Arsene Wenger. It’s a delve into the Frenchman’s background and family, with a couple of pictures of the young Arsene as a footballer in his student days.

Also of interest is the smaller section at the bottom, telling how David Dein – apparently without reference to anyone else on the Arsenal Board – phoned Wenger in June 1996 to offer him the job of Arsenal manager. Wenger was contracted until October but indicated his interest, and this appears to have been the catalyst for sacking Bruce Rioch.

Click on the picture to enlarge, should you wish to read the whole story. 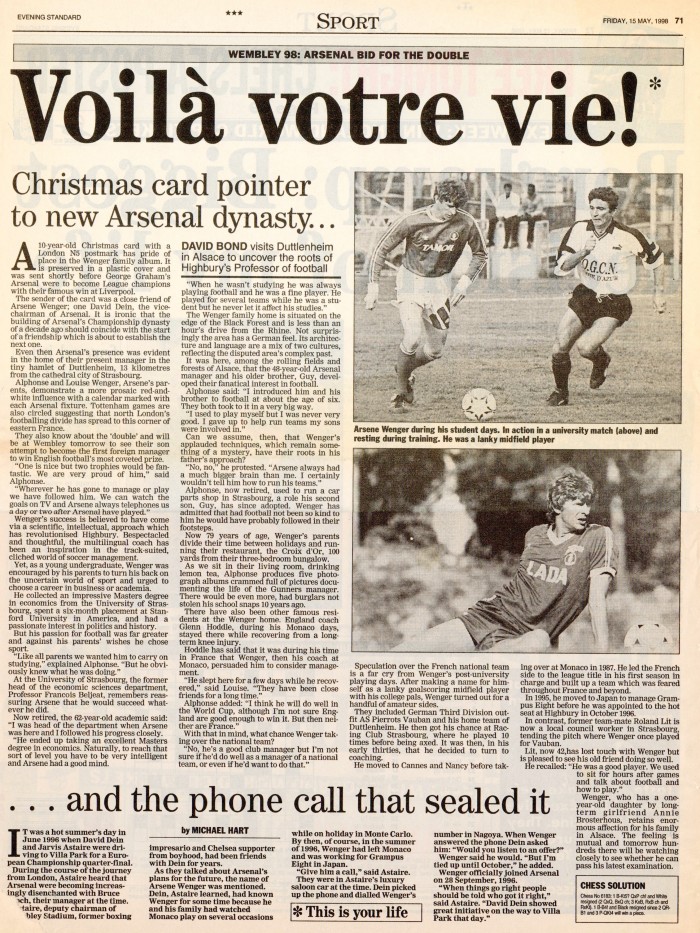 As a teaser for this piece inside the paper, the Standard printed another picture of the young Arsene on the back page. Feast your eyes on this vision. You’ll never look at the grey-haired version in quite the same way again.

4 thoughts on “The Best Picture Of Arsene Wenger Ever!”