It’s been an up and down career for H Redknapp Esq. Mostly down once he legs it, to be fair. The man truthfully has no equal in English football, either when it comes to drowning in cockroaches and mealworms or leaving a legacy of financial mismanagement. His managerial method, particularly in the latter part of his career, seems to be this:

The method seems foolproof as long as there are enough idiots in charge of football clubs.

Now to be quite fair, ‘Arry can’t be held directly responsible for what happened a decade or more after he left, but I think he was just warming up.

Much faster turnaround here. The downward spiral begins fairly soon after he left, possibly because he left no money for his successor to spend.

2012 – Portsmouth into administration for the second time

Within a year! Go ‘Arry.

2005 – this time the club are relegated BEFORE Redknapp walks out.

2008 – Southampton players have to be sold to avoid administration.

2009 – the old familiar tale: Southampton go into administration and are relegated (again).

Really on form now, as the downward spiral begins with him still firmly in the hot seat.

2013–18 Spurs enjoy uncharacteristic success, at least in terms of league placings if not trophies. However, the stadium debt has mounted so it’s fingers crossed that before too long the Redknapp effect is on. 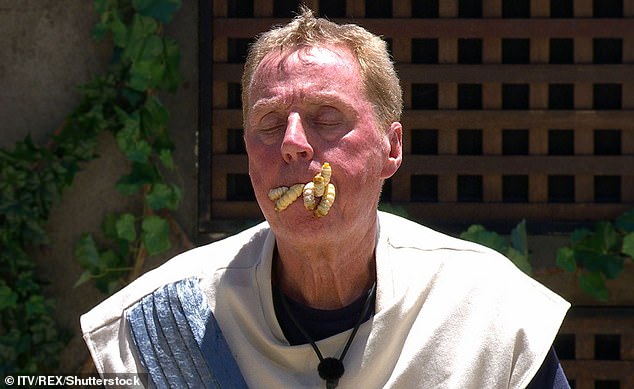 “Have I got something in my teeth?”

2015 – Redknapp resigns and QPR are relegated

In a new twist, QPR had their worst period of financial mismanagement under fellow serial failure Mark Hughes before appointing Redknapp, and did not allow him to do much damage. Things have since stabilised, but the club still play in a lower division than when he joined.

2018 (and continuing in 2019) – Katie Price narrowly avoids bankruptcy and is forced to sell personal items for a few quid on ebay.

I know he was managing Jordan the country, not the pneumatic former model, but is this financial problem really just a coincidence?

2018 – After escaping relegation by a single point thanks to ‘Arry’s genius, Birmingham face ‘significant points deduction’ after financial mismanagement leaves them with wages running at 202% of income.

2019 – the points deduction occurs! Nine points are removed from Birmingham’s total and they drop to 18th in the table to join the relegation dogfight.

“This is a case of a club which employed the wrong managers,” said Birmingham Chief Executive Xuandong Ren. Under Redknapp, in the summer 2017 transfer window Birmingham made nine permanent signings and five loan deals at a total cost of £23.75m, while adding £8m to the wage bill. ‘Arry said he was never in control of the finances and denied any responsibility for the club’s troubles.

He’s done it again. I salute you ‘Arry. Well done.

3 thoughts on “The Redknapp Legacy”