Barely have we got used to purple and black, when this has appeared on the Arsenal Brasil site, predicting next season’s away kit. I should add that Arsenal Brasil seem to have some kind of hotline to Nike, because their predictions are usually pretty accurate. I don’t know how they do it, but they do it.

You heard it here first! Or on Arsenal Brasil, who I bow down to. 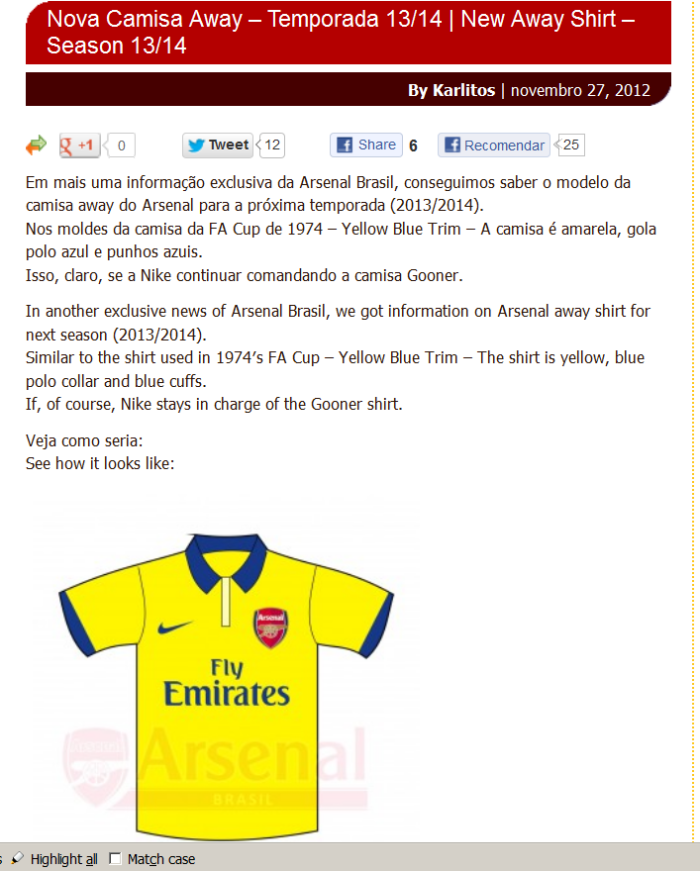 If you like the shirt, or even if you don’t, go over to the Arsenal Brasil site and give them some love.